WHAT: Today, Zynga Inc. (Nasdaq: ZNGA), a global leader in interactive entertainment and creator of the popular FarmVille franchise, unveiled a sneak peek video for its upcoming mobile title, FarmVille 3, that captures the fun and affectionate interactions among animals such as cuddly sheep and dancing cows as they excitedly wait to meet their new owners on the farm.

Since it launched in 2009, the FarmVille franchise has continued to roll out fresh new ways for players to experience the games, including FarmVille 2: Country Escape and FarmVille 2: Tropic Escape. One of the new gameplay features in FarmVille 3 will be the breeding and nurturing of adorable baby animals from more than 150 unique varieties, including horses, pigs, alpacas and arctic foxes.

The 20-second preview video opens with a family of cows rejoicing over the arrival of their calf and continues with a lamb jumping with excitement as it is engulfed in love by its parents. A montage of lovable animals can be seen in the beautifully crafted countryside where they interact with friendly farmhands and their surroundings, bringing the entire farm to life.

Starting today, fans can share the excitement and delight for FarmVille 3 with fun social features, including Zoom backgrounds and animal selects with fun facts, which can be found here (https://bit.ly/39taqCr).

WHO: Zynga is a global leader in interactive entertainment with a mission to connect the world through games. With massive global reach in more than 175 countries and regions, Zynga has a diverse portfolio of popular game franchises that have been downloaded more than four billion times on mobile including CSR Racing™, Empires & Puzzles™, Hair Challenge™, Harry Potter: Puzzles & Spells™, High Heels!™, Merge Dragons!™, Merge Magic!™, Queen Bee™, Toon Blast™, Toy Blast™, Words With Friends™ and Zynga Poker™. With Chartboost, a leading mobile advertising and monetization platform, Zynga is an industry-leading next-generation platform with the ability to optimize programmatic advertising and yields at scale. Founded in 2007, Zynga is headquartered in California with locations in North America, Europe and Asia. For more information, visit www.zynga.com or follow Zynga on Twitter, Instagram, Facebook or the Zynga blog.

Launched on Facebook in 2009, FarmVille spawned a social gaming franchise that has drawn over 700 million installs worldwide across Facebook, web and mobile platforms. Offering players the ability to grow virtual crops and build digital farms together in real-time, FarmVille has entertained its fans in FarmVille 2, FarmVille 2: Country Escape and FarmVille 2: Tropic Escape. FarmVille 3, a game developed by Zynga Helsinki, aims to reinvent the classic farm building genre and showcase the modern mechanics of mobile gaming. 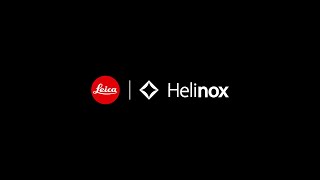